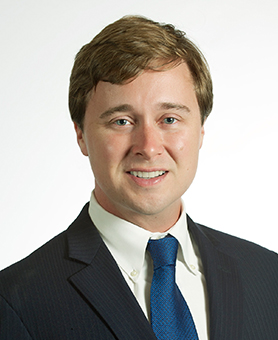 One of the most common reactions I get from people upon hearing that my legal background, and current legal practice, includes an extensive amount of Family Law is “it must be tough dealing with such bad situations,” or some variation thereof. The only thing more commonplace than that statement, however, is people’s reaction when I tell them that for the most part, my Family Law cases are actually some of the most enjoyable clients that I have.

How can it be enjoyable to be the attorney for a Divorce? The answer is that, despite the 24/7 news cycle working to disprove the notion, most people are good people. Moreover, most people going through a divorce, despite being hurt, angry, scared, or simply not in love, still care for the other person.

In its most simple form, an uncontested divorce is nothing more elaborate than its title — a divorce where everything is agreed upon by both parties or signed off on by one party to the other. This happens in two situations. The first is when the “marriage” has been over for quite some time, but the documentation of the marriage’s end simply hasn’t been processed. The second is when both parties have come to an understanding that being together simply isn’t best for either of them moving forward.

The former situation, what I call the “paper pusher” divorce, involves the barest of bones for completion. A petition to the Court, a Waiver from being served by the Constable, and a Decree that, in almost every case, gives each party whatever they have in their possession to them, and whatever debts they incurred since the separation to the party incurring that debt. These are the simplest of divorces, and generally I don’t even get to meet my clients in person until the actual day of the “prove up” where the judge grants the divorce.

It is straightforward, simple, and the most common problem isn’t finding common grounds for the divorce, but simply finding the other party to agree to it. Because of its simplicity, a truly uncontested divorce can, and should be, a flat fee arrangement where you know what the lump sum cost is going to be.

While many diligent spouses can do a divorce in this matter pro se (unrepresented), my clients have come to me happy to pay the nominal flat fee simply for the reassurance that the process is done right.

The second situation, where both parties are actively working together to achieve as equitable a split as possible, can be more demanding of time, yet more fulfilling for both parties to be a part of the process. Don’t let my tone lead you to the assumption that an amicable divorce doesn’t involve difficult conversations. However, a good lawyer on board – with the goals of both parties to maintain as much of a relationship as possible – can guide those conversations in a respectful and, more importantly, educated manner.

Couples with children may want a perfect 50/50 split of custody, but with a 7 day, 12 month calendar split up by school events, holidays, and summers, is it even possible? More importantly, is it truly best to achieve an equal split for the child if it involves a one week on, one week off schedule?

What does it mean to split a marital estate? What is a marital estate? What do we do with the mortgage if only one party is getting the family home? Having questions doesn’t mean having confrontation, and for those spouses that want or need an advisor instead of an attack dog, the uncontested route can provide the reassurance, education, and cost efficiency to achieve all of those goals.

In actual practice, an uncontested divorce involves an attorney taking a client from start to finish in a divorce, with both parties promising at the onset to work together respectfully. By doing so, both parties can avoid the discovery, hearings, mediation, and trials that can take an unfortunate situation to an even worse result. Any of those events take an uncontested divorce (along with any flat fee arrangement) and flushes it down the drain along with the hourly fees incurred in fighting those battles.

Make no mistake about it – I have had plenty of divorce proceedings that would make the National Inquirer blush, along with all of the hurt, accusations, and potentially exorbitant legal fees that accompany those Pyrrhic legal battles. If pressed as to how those situations affect or don’t affect me, I think of the simple saying one of my first bosses and mentors told me as I began practicing Family Law: Ducks Marry Ducks.

Ducks do marry Ducks, but what I’ve found is that most ducks want an attorney who will help them get through their divorce, not pick fights to make them “win” their divorce. For those clients, the relative ease and simplicity of an Uncontested Divorce is the ultimate victory.