In Focus
Giving Back 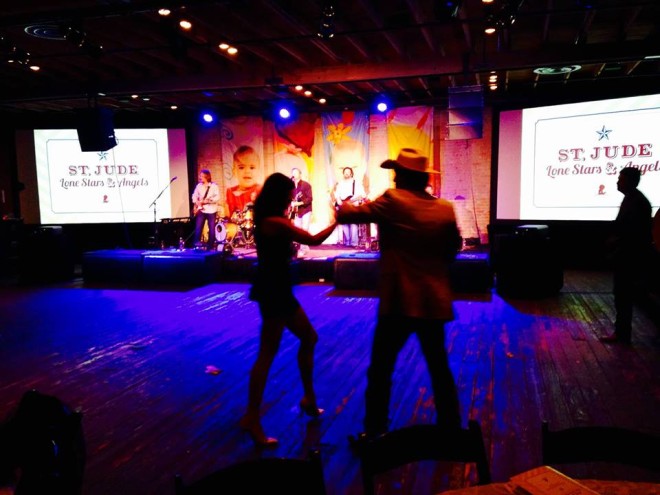 John A. Hay III, managing partner of The Hay Legal Group PLLC, was the 2014 Chairman of the Lone Stars & Angels benefit for St. Jude Children’s Research Hospital, October 24, 2014 at Brazos Hall. The Hay Group was also a Hope sponsor for the event. John, and his wife Stephanie (pictured above) kicked off the dancing to Cory Morrow and his band.

Between sponsorships, ticket sales, auction items and other contributions, close to $200,000 was raised at this year’s event – the largest amount in its history.

The date and new venue are set for the 2015 Lone Stars & Angels event – Friday, November 6, at the AT&T Conference Center.

St. Jude Children’s Research Hospital is unlike any other pediatric treatment and research facility. Discoveries made there have completely changed how the world treats children with cancer and other catastrophic diseases. With research and patient care under one roof, St. Jude is where some of today’s most gifted researchers are able to do science more quickly.